简介： Veteran director Bob Chinn gets credit, albeit likely more for his role as creat 详情

Veteran director Bob Chinn gets credit, albeit likely more for his role as creator of the Johnny Wadd character and series than any actual input to the film in question. With the always stunning Leslie Bovee given a run for her money by the equally gorgeous Annette Haven, pretty Desiree West and even Thorpe’s Halloween dress-up domme providing sufficient aesthetic focus, the film is possessed of a more appropriate streetwise feel than the fairly iffy lead feature. Suffused with mood lighting and 70’s cop show trope and feel, Colberg graduates from the more static VFW Hall and hotel room filming of All Night Long to a far more location heavy, clearly cinematographic and more highly budgeted affair playing into and lending sufficient weight to Wadd’s tracking down of “sex ritual murderer” the “Black Widow”. With similar elements to other Wadd pictures such as the Jade Pussycat or the Danish Connection, Colberg directs the film in a nearly unrecognizably different fashion from the goofy (if peopled with numerous fairly attractive ladies) All Night Long. Unlike the earlier feature, this is primo porno chic, with lush, aesthetic locales and elegant decor – marble fireplaces, oriental rugs, beveled glass, ornately carved doorways, oak flooring, hanging plants and tapestries and a whole lot of plot to keep the audience going between the more prurient sequences. Jean Osborne (Leslie Bovee) employs John Holmes‘ doofy Wadd to bring to justice the murderer of kinky brother Tom (John Leslie). Complicating matters is Leslie’s even more attractive (and quite fashionable) wife Pat (Annette Haven), who wants the matter dropped, and the wife of another victim, Cindy Benton (Desiree West again, looking even more appealing this time around) who wants no part of the investigation. And then there’s the matter of the kinky murderess herself… But when Wadd’s on the case, all the ladies must submit, and he always manages to (ahem) come out on top, in the end (cough). As with other Wadd films, there’s a strong focus on location footage and ostensible detective work, with only a complete absence of car chases and fistfights (and the obvious presence of hardcore elements) separating Holmes’ efforts from those of more mainstream private eye epics of the time. It’s damn good, and even holds up to some extent on a detective show level (well, so long as you retain tongue firmly in cheek, that is). 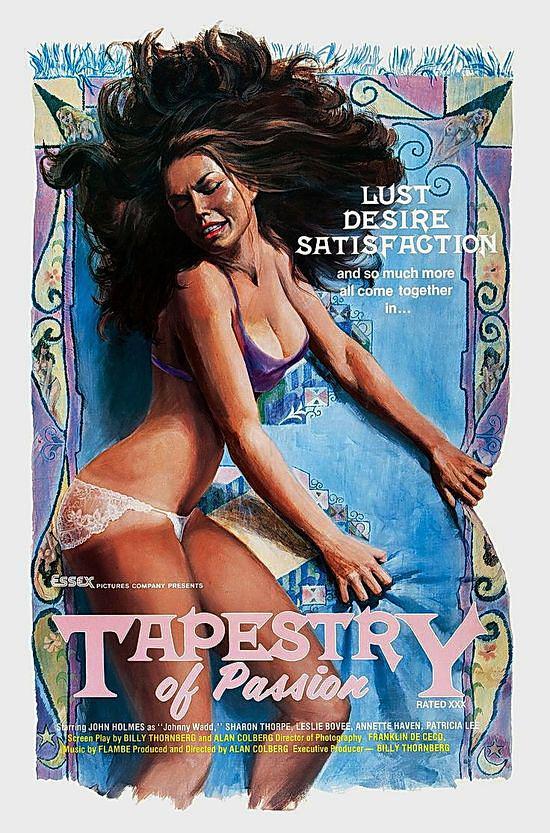